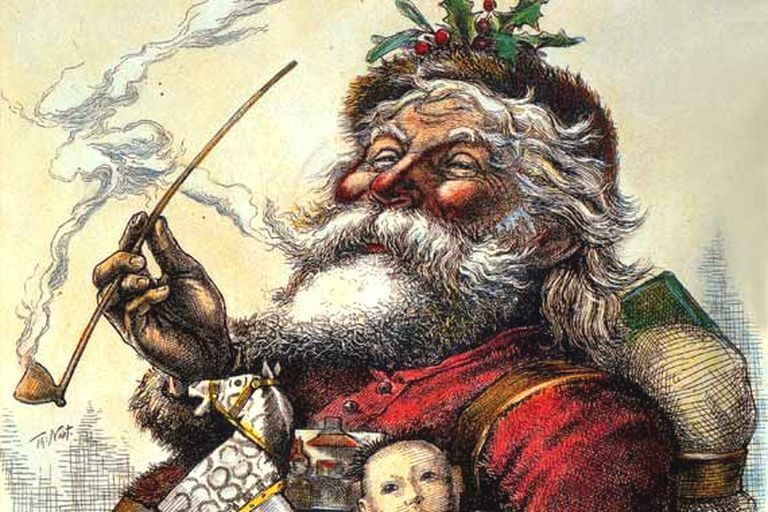 One of the most iconic Christmas figures of all time is Santa Clause. Did you know that he is a real person? But who is Santa Claus? 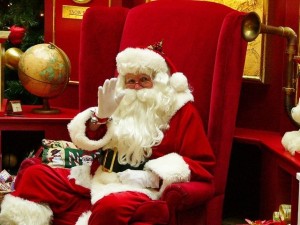 Santa Claus originated from a Christian Bishop from the 4th century named, Saint Nicholas. For us to understand how we got Santa Clause we need to learn more about this Saint Nick.

“The original saint was a Greek born 280 years after Christ who became bishop of Myra, a small Roman town in modern Turkey.” National Geographic

Scholars believe that his parents were very wealthy Christians who taught Nicholas from an early age about Jesus and the power of the Gospel.

When he was young his parents died and he was left with a large inheritance.

“Obeying Jesus’ words to “sell what you own and give the money to the poor,” Nicholas used his whole inheritance to assist the needy, the sick, and the suffering.” St. Nicholas Center

Nicholas grew to be the Bishop of Myra and spent his life sharing the Gospel and serving others.

He was known for looking out for sailors and children.

One legend shares that during a massive deadly storm, Nicholas prayed and the winds calmed down saving the lives of the sailors on board the vessel.

One story that I have found to be consistently told and most likely true is of his kindness to children.

When Nicholas was a young man he heard of a man who lived in poverty, who had 3 young daughters. This man could not afford a dowry for his girls to get married. Most people in this situation would sell their children into slavery or prostitution. Nicholas hearing that this might be happen, dropped a bag of gold coins at their house for the oldest daughter to have a dowry, saving her from a life of prostitution.

The same happened with the next daughter. When the man’s last daughter was older enough to go into prostitution, the father stayed up late to see who this kind benefactor was. The story suggests that Nicholas not wanting him to know tossed the bag of gold down the chimney and it landed into the girls stocking. Which is why we have the tradition of stockings today.

He did not just believe in just giving but giving without wanting attention so that know one would know.

Matthew 6:1 “Beware of practicing your righteousness before other people in order to be seen by them, for then you will have no reward from your Father who is in heaven. 2 “Thus, when you give to the needy, sound no trumpet before you, as the hypocrites do in the synagogues and in the streets, that they may be praised by others. Truly, I say to you, they have received their reward. 3 But when you give to the needy, do not let your left hand know what your right hand is doing, 4 so that your giving may be in secret. And your Father who sees in secret will reward you.

He took these verses to heart as he gave to the children and people around him. This story and stories like this is why he became known as the patron saint of children and sailors.

During the rule of Diocletian, Nicholas was persecuted and thrown into jail for being a Christian leader. He spent several years being tortured and suffering for what he believed. This only strengthened his love for the Gospel and others.

Nicholas was bold about his faith in Christ. One writer said this about his action at the Council of Nicea (This is when church leaders affirmed the Trinity in ad 325).

“Nicholas boldly defended the doctrine of the Trinity at the Council of Nicea.” He helped write/affirm the Nicean Creed. CBN.com

It was at this council that the deity of Christ was affirmed.

Stories say that during the debates at the council, Saint Nicholas punched Arius in the face ending the debate (Arius was the false teacher). He was VERY passionate about the truth and power of the Gospel. My Kind Of Santa

He died on December 6 in ad. 348. For many years and to this day, December 6 was celebrated as Saint Nicholas Day. Since then, people have merged this day with December 25.

This day was celebrated by people giving gifts to each other like Saint Nicholas did for the children.

How did we go from Saint Nicholas to Santa Claus?

A few nights ago I introduced my oldest son to the movie, The Santa Clause with Tim Allen. This is one of my favorite Christmas movies. The way Santa is portrayed in this film has him as a portly, jolly man with a big, fluffy, white beard and a red Santa suit.

This is a far cry from Saint Nicholas.

Throughout the centuries after Saint Nicholas died, his fame and legend grew and spread to countries worldwide. Many of these countries developed their own stories and legends of this man.

In Holland the legend was that Saint Nicholas would come by and fill their shoes with nuts and candy on Christmas Eve.

In the Dutch language, Saint Nicholas was pronounced, Sinti Nickolause. When the Dutch came over to America they brought with them this tradition and over the years his name was shortened to Sint Klaus and then to Santa Claus.

In 1822 Clement Moore wrote a poem entitled, A Visit From Saint Nicholas. This poem goes by the title of, T’was the Night Before Christmas. It is from this poem that artists began to draw pictures of Santa Claus as a jolly, big man, with a white beard wearing a red suit while driving a sleigh. This poem also talked about the 8 reindeer.

In Harper’s Weekly, January 1881, Thomas Nast drew the modern Santa in “Merry Old Santa.” The picture is below.

Since then Coca Cola and many others used these images to popularize him. Santa and giving of gifts at Christmas really did not become popular till the 1800’s when stores began to jump on the gift giving tradition and using Saint Nicholas.

So should we believe in Santa? In the sense that he is a real person who has existed, yes! Should we get caught up into the hubbub that surrounds Santa, probably not?

But we should learn from Saint Nicholas:

He gave to the needy, weak, poor and children

He protected and looked out for the weak

He stood against prostitution #EndItMovement

He stood up against Heresy

He stood for the Gospel

There is much to learn from this man. May we continue giving to others, protecting the weak, and stand for the Gospel.

How can his story impact your life?

What is your favorite Christmas tradition?

What is your favorite Christmas movie?

Love to hear from you!

Here is some helpful links for more reading fun!