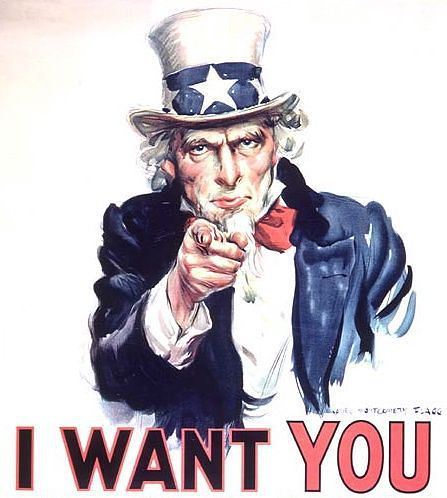 There once were two people who lived their lives without a care in the world. They fell in love with each other and decided to spend the rest of their lives together. Life was wonderful, full of fun, laughter and spontaneity.

A few years later this wonderful couple found a new job. This job was a very important one. And so it was with much joy and anticipation that both went about to their new job. This job had the greatest upside of all jobs.

Their master was an interesting sort and made them serve his every need. He would order them to do everything for him and refused to do anything on his own. He kept this couple answering to every beck and call at all time during the day and at night. And if they did not work he would whine and complain. Through this time the couple started catching on to this servanthood that they had begun. Even though it was tough, they knew the rewards would be great even with being on a lifelong contract with the master.

Time went on and they started to get used to the master and the master to them. However it seemed that whenever things got a little easier the master would have some dental issues and never wanted his servants out of his sight. This cause some frustration on the couple. They tried all sorts of things and somethings worked to help the master out.

Their master hated being chauffeured around, especially at night. He would complain very loudly as if someone was trying to kill him. Still the couple loved their master.

After working for their employer for two years, their company added another employer and this one with even less experience than the first one. A lot of their struggles with the first master was the same with this one, only with different likes and wants. Her reaction was the same. She loved being the new master and insisted upon the wife dolling her up all the time. She would often insist that the servants not even leave the room when she was sleeping otherwise loud complaining would begin.

As you can imagine the young couple were very tired at night and found little bits of coveted time between the two of them while the masters slept. While weary, the two did have fun with their masters, often, ending in lots of laughter. There was lots of love and joy in this job and between the masters and young servants.

After a time and a few other masters joining them, the roles of the servants began to change. They had to begin to train the masters to be the servants. It would be a long process that would take almost 20 years. For being a servant was not an easy task.

While training, the masters would do whatever they could to derail any kind of training and even to fire the servants. While at times the were the worst masters in the world, other times they would be funnest and best.

This young couple learned that in order to be the best servants, they had to learn to live less for themselves and more for their masters. Another word for this is selflessness and serving one another. They also realized that they only way to stay at their best as a team was to get alone time together each day and some extended away time often.

The moral of the story is that the greatest job in the whole world is being a parent. It is not for the faint of heart, for it asks for the parents to be selfless in serving each other and the young children that God has given them. Part of our job as parents is to train your children to be like you, as you pursue God. There is much love and joy in a family. Thank you, to all the moms and dads out there who serve their families each and every day. Know that you are loved and that raising your children is there greatest thing you could ever do.