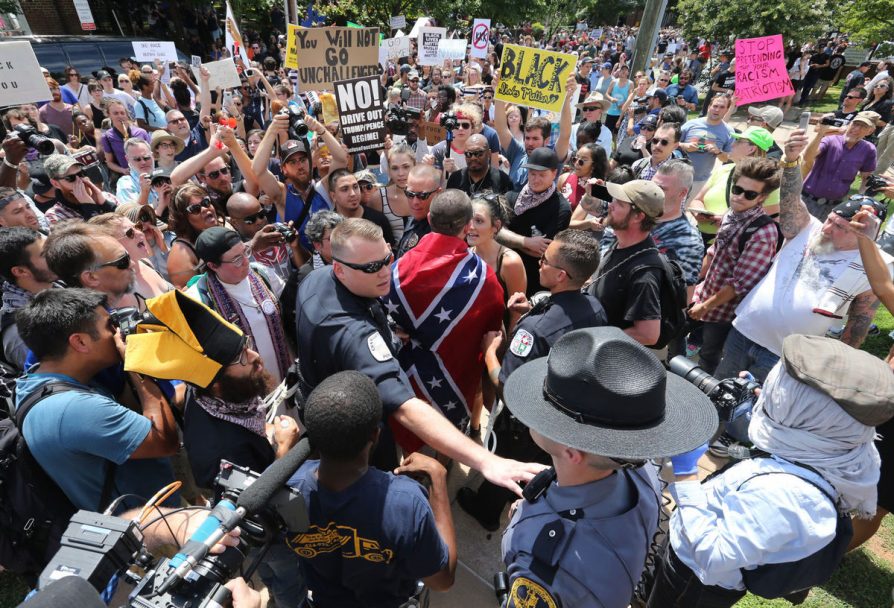 Racism has reared its ugly hateful head. At its core, racism is against God. What does the Bible have to say about this? 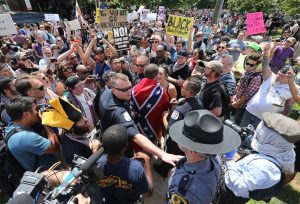 A Biblical Response Towards Racism

Over the weekend another example of racism was displayed with people being injured and one dead. These horrible hateful acts and thinking are anti-God. I have been burdened by the racism and anti-God acts that have increased in recent years.

26 Then God said, “Let us make man[a] in our image, after our likeness. And let them have dominion over the fish of the sea and over the birds of the heavens and over the livestock and over all the earth and over every creeping thing that creeps on the earth.”

27 So God created man in his own image,
in the image of God he created him;
male and female he created them.

God made it clear that he created mankind and he said in verse 31 that it was “VERY GOOD”. Every person is unique, they have their own personalities, spirit, look, and DNA. Each person is special to God.

For you formed my inward parts;
you knitted me together in my mother’s womb.
14 I praise you, for I am fearfully and wonderfully made.[a] Wonderful are your works;
my soul knows it very well.
15 My frame was not hidden from you,
when I was being made in secret,
intricately woven in the depths of the earth.
16 Your eyes saw my unformed substance;
in your book were written, every one of them,
the days that were formed for me,
when as yet there was none of them.

17 How precious to me are your thoughts, O God!
How vast is the sum of them!

Oh, how God loves us, cares for us and knows us.

In Genesis 12:3, within the promise to Abraham and Israel, God states that all the earth will be blessed through his descendants (specifically Jesus). The people of Israel took pride in that but over time it seems like they lost that bigger picture of blessing the whole world and focused instead on God blessing them through the Messiah.

God tells the Israelites to take care of the strangers and sojourners that are among them.

17 For the Lord, your God is God of gods and Lord of lords, the great, the mighty, and the awesome God, who is not partial and takes no bribe. 18 He executes justice for the fatherless and the widow, and loves the sojourner, giving him food and clothing. 19 Love the sojourner, therefore, for you were sojourners in the land of Egypt.

Throughout the Old Testament, you see God extending grace and hope to those who were not Jewish.

Those are some of the main story lines. But it is clear that God had a heart for all people and extended grace towards all.

God’s people looked forward to the coming King to rescue them. In their zeal, they lost sight of their own sin and that God was going to send salvation to all and not only to the Jewish people.

John 3:16 – For God so Loved the WORLD – not just one people group but ALL

You see this in the book of Acts. God first allows the Gospel to spread to the Jews but then it quickly spread to God fearers, Samaritans (Despised people of the Jews), Africa, Middle East, Asia and Europe.

By the end of the second century, it was estimated that almost 50% of the known population were Christians even when there was persecution.

16 For I am not ashamed of the gospel, for it is the power of God for salvation to everyone who believes, to the Jew first and also to the Greek.

Paul had to remind the Christians that the Gospel was for all. And we see that through the spread of the Gospel to the known world in the first century.

In Acts 8 we of the story of the Ethiopian eunuch. He became a follower of Christ and spread the Gospel when he went back home. God used him to bring the Gospel to Africa and Egypt.

In the AD 300’s one of the key church father’s was a man named Athanasius who was from Egypt. He vehemently defended Christ against heresies.

The Gospel was meant for all not just a few select or a race but all. Click To Tweet

To hate is to be against what God has created,

To hate is to be against the people whom Christ has died for.

The heart of the Gospel is to be for all people, rich or poor from every people groups and tongue.

James 2:8-9
8 If you really fulfill the royal law according to the Scripture, “You shall love your neighbor as yourself,” you are doing well. 9 But if you show partiality, you are committing sin and are convicted by the law as transgressors.

Show no partiality. Racism and partiality have no place in Christianity.

There is no race that is supreme over another. Christ is Supreme (Colossians 1:15-18). And He alone deserved to be held as Supreme. God shows no partiality towards race or social status. To claim supremacy is to place yourself above God and that is idolatry.

We are to unite to love others and share Christ with all.

Philippians 1:27
27 Only let your manner of life be worthy of the gospel of Christ, so that whether I come and see you or am absent, I may hear of you that you are standing firm in one spirit, with one mind striving side by side for the faith of the gospel,

Let us strive for the Gospel to minister to all people no matter who or where they are from. Racism is against God.

People might look different from us, smell different, talk different but Christ died for them and we are to love them and share Christ with others no matter who they are. The Gospel does not show partiality and neither should we.

We are one people united in Christ. Ransomed by God to unite for one cause. The Gospel.

Though we might have different color skin, all are created in God’s image and Christ died for all.

We are Children of God.

We are created in God’s Image.

We were bought with a price.

It is time to unite for one cause.

9 After this I looked, and behold, a great multitude that no one could number, from every nation, from all tribes and peoples and languages, standing before the throne and before the Lamb, clothed in white robes, with palm branches in their hands, 10 and crying out with a loud voice, “Salvation belongs to our God who sits on the throne, and to the Lamb!”