Over the weekend, the deadliest mass shooting in United States history happened. This event has changed the lives of countless people. The Orlando Shooting should bring us to our knees. 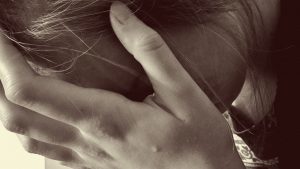 Our nation has never had this many people murdered in a shooting in our history.

This massacre killed 50 men and woman and wounded over 50 more at a LGBT nightclub. So many lives ripped away from this life. This community and our nation came under attack.

Over the last year there has been much heated debate over gay rights and marriage. Heated is probably an understatement, enemies have been made.

Most from the LGBT community believe that Christians hate them. But we don’t. This is the time to show our love.

Would everyone STOP making this a political matter!

After the news broke, people all across social media were quick to lay blame. Many were calling for gun control and politicizing this nightmare.

This is an attack on humanity. Many died that day, and should be mourned.

In the beginning God formed man and women in HIS image. Therefore to kill a human being is to attack God himself.

Our hearts should hurt. And sob for the lives that were lost, their families and the many who were wounded.

This was a tragic event and one that I pray will never be repeated.

What should our response be to the Orlando Shooting as Christians?

1. We should hurt with the LGBT community and the many involved in the Orlando shooting. This tragedy affects all of us.

2. We need to pray for the individuals and families of the victims.

3. We need to pray for the LGBT community. This community is a big family that was attacked. They are all hurting.

4. Pray for their comfort. Ask God to bring hope, peace and comfort to the victim’s family and the LGBT community.

5. Love the LGBT community. Now is not the time to bicker, argue, or hate. Now is the time to show compassion and love.

All this because of the great love that God has for us. As a result we are to show this love to those that are hurting.

Check out these 3 articles on this topic.

Russell Moore – After Orlando can we still weep together?

Garrett Kell – What Would Jesus Say To Us After the Orlando Tragedy?