The history of Christianity is filled with men and women of faith who have impacted generations of Christ followers. Men and women left their homes and their comfort zones to follow Christ. Those who have gone before us have left a great legacy of faith to follow. Is your faith worth following? 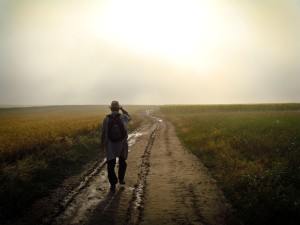 One of my heroes is Adoniram Judson. He was a missionary to Burma during the early 1800’s. At this time people were only missionaries in America and not overseas. Because of the lack of funds, he and a few of friends created The American Board to be a mission organization to send out missionaries.

He and his wife soon set sail for Burma. Once there, they ran into lots of conflict, sickness, along with the death of his children and eventually his wife. Yet he continued on.

In fact, he did not see a single person come to Christ until he had been there for over 6 years. Now that is a faith that was strong and powerful.

God used Judson to win thousands of Burmese to Christ. And many more came to Christ after his death. Now that is a faith worth following.

This reminds me of another person who was asked to leave everything and follow Christ. He was known for his faith. And the legacy of his faith has continued on.

A Faith Worth Following

Hebrews 11:8-12 “By faith Abraham, when called to go to a place he would later receive as his inheritance, obeyed and went, even though he did not know where he was going. 9. By faith he made his home in the Promised Land like a stranger in a foreign country; he lived in tents, as did Isaac and Jacob, who were heirs with him of the same promise. 10. For he was looking forward to the city with foundations, whose architect and builder is God. 11. And by faith even Sarah, who was past childbearing age, was enabled to bear children because she considered him faithful who had made the promise. 12. And so from this one man, and he as good as dead, came descendants as numerous as the stars in the sky and as countless as the sand on the seashore.”

Abraham was known for his faith.

God asked him to leave his home and family and follow him, not knowing where he would live or go. By faith God blessed him and the nation of Israel was born. From Israel, came a baby born in Bethlehem, Jesus, who came to save the world from sin.

Likewise our faith is a legacy that we leave behind.

When hardships, trials and evil come upon us, our faith in God pulls us through.
Our faith is revealed through trials, not during the prosperous times.

There are countless stories of people having faith that God would provide their next meal or money for their mortgage.

These stories strengthen the faith of other Christians, spur us on in our walk with Christ and show us how God provides.

Our faith is part of the legacy that we leave behind. How is your faith? Is it a faith worth following?

How has God brought you through a trial in your life? Has there been a time when you needed something and God miraculously provided for you?

I would love to hear your story!