This election cycle has been CRAZY. It has revealed a lot about our view of God and morality. Should morality and God stay out of politics? 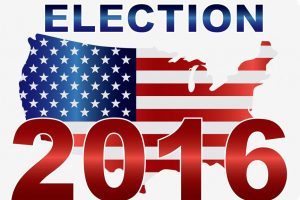 If you have been paying any attention to the political news this cycle you will quickly come to the realization that our choices this November is not clear-cut.

My Facebook newsfeed has been riddled with articles and news regarding the presidential candidates. There is not much good to be said about our choices this November.

A few days ago I saw a post regarding a candidate that is pro-choice (Gary Johnson). I pointed that fact out and watched as many people started commenting regarding the abortion issue.

It was fascinating to watch the different perspectives in the defense of a woman’s choice to abortion.

I read an article recently by Matt Walsh on the same topic. The very first comment was from a man who was defending abortion.

Since I have been raised in a conservative Christian family, I find it interesting and helpful to read views that are opposite of mine.

The man stayed on commenting for over 100+ comments. Time and time again he defended his view that children are not human beings until they are outside of the womb. Before that they are just “homo sapiens.”

The main candidates for President are not people of good moral character.

The third party candidates might have some better character but still support the murder of the unborn.

This election has revealed the way people believe about morality, values and principles for which they live.

If our morality is chosen by whatever culture values then it can waiver wherever the wind blows.

Morality has to be dictated by someone outside of human kind that cannot be persuaded with words or money. That is absolute morality that can only come from God.

According to the Webster Dictionary morality is: “beliefs about what is right behavior and what is wrong behavior.”

You see our view of morality comes from our belief in which God is, and this morality dictates how we treat all those around us.

We cannot separate morality from Government. To do so would bring anarchy.

Our world is dark but the light of Christians helps keep the goodness of God still here. To take the moral compass of Christians out of politics is to leave our nation in the hand of individuals without a sense of morality because they have none.

Our view of God and morality is revealed in the way we treat Government and politics.

How is your view of God and morality reflected in this election cycle?